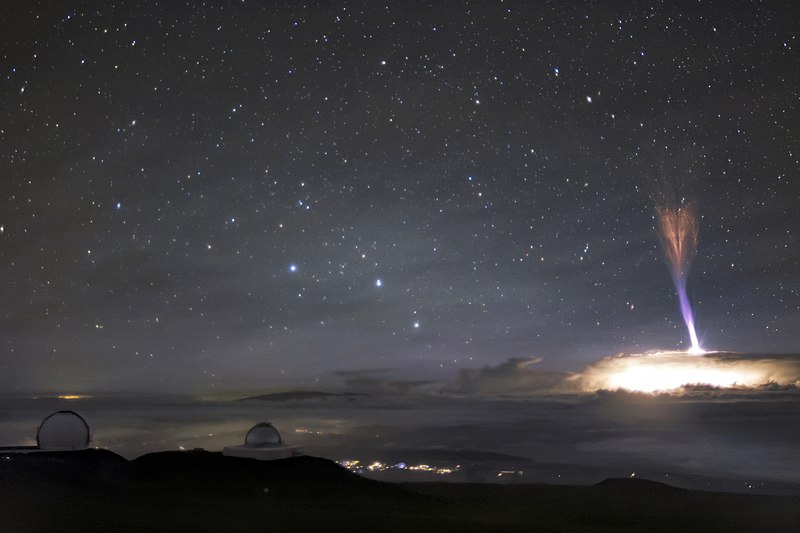 A gigantic jet over a cloud in Oklahoma in recent years could be Earth’s most powerful lightning bolt recorded in history, according to a new study led by the United States.

New information about the 2018 Oklahoma gigantic jet revealed that it made an upward propagation over a thunderstorm cloud that reached space.

The new research also revealed that it is exponentially stronger than average lightnings seen before.

The study used 3D radio and optical mapping to reveal new details of the “rare upside down lightning bolt” in the state back in May 2018, when a severe weather occurred.

The mapping showed the so-called “negative gigantic jet” transferred charge between the troposphere and ionosphere.

The phenomenon was not the first one observed. However, the gigantic jet occurred in a weak convection area.

Lightning strikes mostly come from a cumulonimbus cloud and hits the ground.

Being an electric discharge between the atmosphere and the planet’s surface, this weather phenomenon can hit not only natural or anthropogenic structures, but even living organisms.

Gigantic jets are reportedly the rarest and most intense version of lightnings, occurring as low as 1,000 times each year and releasing electrical energy 50 times greater than a normal lightning strike.

The “lightning above the clouds” have been discovered not so long ago and were recorded in other parts of the world, especially in and around a thunderstorm in tropic environments. 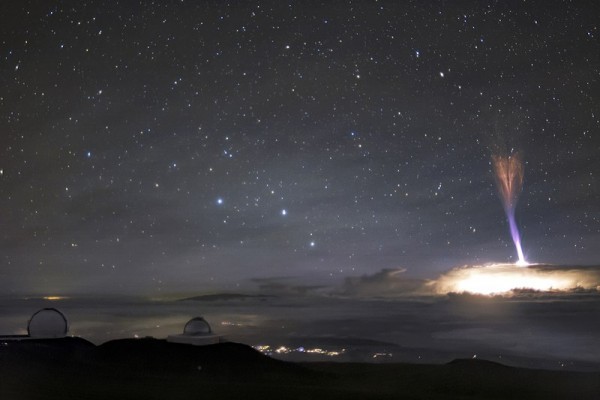 In a new paper published in the journal Science Advances on August 3, researchers from various institutions in the US and Spain examined and reported the “extraordinary amount” of electrical charge of approximately 300 coulombs (C) of the Oklahoma gigantic jet, which pummeled 50 miles (80 kilometers) into the sky and towards the lower edge of space.

Following the incident, a number of scientists reportedly went on a quest to unravel the mystery of the upside down gigantic jets.

Using both satellite and radar data, the research team found the bolt moved from the top of the cloud into the atmosphere’s lower ionosphere, a layer which separates Earth’s upper atmosphere from the vacuum of space, Live Science explained.

Based on the study, scientists are considering the Oklahoma thunder bolt to be the single most powerful gigantic jet so far, Live Science adds.

What are Gigantic Jets?

Also referred to as “Earth’s tallest lightning,” gigantic jets normally reaches the ionosphere, according to The Globe Program, a worldwide science and education program sponsored by the National Aeronautics and Space Administration (NASA).

The lightning bolt from the study resemble a purple-like color in an elongated angle.

The phenomenon reportedly appears to originate as an intracloud flash, still governed by the relation between a negative and positive charge

The NASA-supported program adds that the 2018 Oklahoma gigantic jet was observed by researchers and astronauts onboard the International Space Station (ISS) when it occurred.

© 2022 NatureWorldNews.com All rights reserved. Do not reproduce without permission.